As a follow-up to my recent Are High Price Underwear Worth Buying article, I wanted to share an email exchange between a reader (Dan) and a brand (Slix).

The exchange, I believe, provides one point of view of why it just might be worth paying a little more for your underwear.

Dan noticed a comment from Kevin over at Coville, the parent company of Slix Underwear and decided to reach out to him: 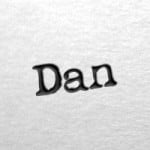 I saw your comments on Tug’s ‘Are High Price Underwear Worth Buying’ page on undershirtguy.com, and I’m currently, well, wondering that same thing, as I’m not satisfied with my current underwear, but the price jump is (prematurely?) prohibitive.

On his site,  I’ve discussed (then finalized…) moving from mid-to-high-ish (American Apparel) to high-end (Banana Republic Pima Stretch) undershirts, and I’m looking to make a similar move in underwear.

Are there any available promo codes for first time customers for the product?

Literally, the jump from ~$14 for a 6 pack of Fruit of the Loom boxer briefs to… a lot more than that is tough to swallow with the risk of a $20+ pair of underwear not knowingly being a bad fit until after buying it, not knowing if it’s worth the 10X price increase sight unseen, etc. (much more so than American Apparel->Banana Republic) would make anyone concerned about it (to the degree that he even wrote an article ‘is it worth It.’

Are there any first time customer promo codes?

Kevin from Coville responded as follows: 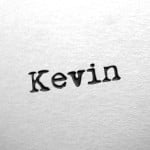 Thank you for writing me about this issue.

Because we compete in the crowded underwear marketplace where, as you mention, the prices vary wildly, we spend a lot of time thinking about why our brand is different and why is should even exist at all.

Here are a couple of things to consider as you justify the leap to a higher price-point:

Fabric is the highest cost component of any pair of underwear and is the biggest contributor to the final price.  And the reason prices vary so much is because not all fabrics are the same – not even close actually.

You will find underwear made of every fiber under the sun – from the ubiquitous cotton and polyester varieties to rayon, modal and even bamboo.  Each variety has its unique features, to be sure, and therefore different costs.

For example, cotton has almost no performance features whatsoever and is the least expensive fiber to use.  Some cottons are softer than others (Brook Brothers vs. Fruit of the Loom, for example), but at the end of the day, it is still an underperforming fiber.

At the other end of the spectrum is polyester (most often combined with spandex) where performance features such as moisture wicking, odor-control, temperature regulation, stretch, no-shrinkage, compression, anti-chafing and others are engineered into the product.

Obviously, these features add cost to the product (and therefore a higher price) but the value of the product is much greater.

When shopping for more expensive underwear, make sure to check what the fabric is and what the brand says about the performance of that fabric.

Regardless of the fabric being used, nothing makes a pair of underwear worth the money like the fit.

Different guys, of course, have different preferences in this area but we have found that there are a few aspects of the fit that are consistent across preferences:

How well the garment stays in place during the day regardless of the wearer’s activities (Do the legs ride up? Does the waistband ride down or roll over?  Is the garment wedgie-prone?)

What body type is the garment designed for ([Mass Market Brands], for example, is designed to fit everyone generally and, therefore, fits almost no one perfectly; other brands focus on the needs of big and tall users while some brands fit the active guy better)

How long does the garment last?  When a consumer pays $14 for 6 pair of underwear, they should not expect those garments to last very long. Washing will take a toll as will the general stretching of the fabric from everyday use.

A higher-priced pair should last a very long time, should not shrink down a size and should not look ratty after a few washes. Generally speaking, underwear with polyester content will last much longer than those made of natural fibers like cotton or modal.

But we guys are not particularly fond of dressing rooms – especially when it comes to underwear – nor is that even an option when shopping online.

That’s why, to your question, we do offer a first-time buyer discount of 50% off your first pair – just use the promo code try50 during checkout at www.getyourslixon.com.

We are convinced that, once you wear Slix, you’ll see the value in our product relative to the price.

I hope this has been helpful to you and we look forward to being your underwear brand of choice.

First, I think that’s a well-crafted email response from Kevin to Dan, and one that is thoughtful and thorough. So, kudos to Kevin for taking the time to write back to Dan with such completeness.

Second, I think Kevin has a point to an extent.

Not-so-much in comparing polyester to other fibers, but rather in comparing fabrics used in low-cost (value) underwear to those in higher-priced underwear.

Of course, I do think that the price a product sells for doesn’t always, and almost never, correlate directly with it’s quality. I’ve seen plenty of expensive undershirts and underwear fall apart or wear out as quick or quicker than even some value-priced items in the same categories.

Heck, I still have a pair of Hanes boxer briefs from at least 10 years ago that I still wear to bed every night. While they may not have the same shape they originally did, they have held up pretty well considering how long I’ve had them.

But going back to the point, and generally speaking, when you’re paying more for a pair of underwear, you should expect the overall wearing experience, quality, and durability to be superior to that of low-cost pair.

Where I Don’t Agree

I definitely do not agree with Kevin’s inference that polyester is better than cotton, modal, nylon, or that cotton is an under-performing fiber for many reasons.

First, “under-performing” is an ambiguous term, especially in certain contexts. For example, if you want to absorb sweat, then polyester would be considered an under-performing fabric because it does not absorb — it wicks/transfers.

I’ve seen plenty of examples of low quality fabrics across the board, regardless of the base content used, so it’s too general to say that one fiber is “better” than another, because it is dependent on many factors.

But, Kevin is correct in saying that the more “features” a fabric (or yarn) has in it, the more it costs to produce. As a result, it adds to the cost of the end garment it goes in.

The quality, fit, feel, and durability of a pair underwear doesn’t always align with the price you pay for them, but if you do decide to upgrade to something more expensive, you really should expect a better overall wearing experience.

Thanks to Kevin and Dan for allowing me to share their email exchange.

4 thoughts on “Why High Price Underwear MAY Be Worth Buying”