Reader wondering what wide-neck white t-shirt Ryan Gosling was wearing in his film Only God Forgives:

I was wondering if you could shed any light on the scoop neck t-shirt worn by Ryan Gosling in the upcoming ‘Only God Forgives’?

I’ve seen similar styles at Zara, Asos and Acne, but nothing exactly right.

It appears to be a low profile scoop neck with rolled sleeves (not sure if modified or factory) and a shoulder seam that hangs off the shoulder.

Any help would be greatly appreciated! Keep up the great work and thanks for your time!

thanks for being a fan of the website! crazy topic huh??

in truth, i’ve seen a bunch of stars wearing similar types of those white t-shirts.

one that i see more often is adam levine, who wears something similar.

of the scoop neck undershirts i know about, i think they are all too deep to be that particular white t-shirt that ryan is wearing.

personally, i’d refer to that type of neck line as being “open neck” or “wide neck”.

i know american apparel has stuff like that, as does hugo boss, but i don’t think that’s what ryan is wearing.

here are some others:

though, i really don’t think any of the above t-shirts are the one that ryan gosling wore in only god forgives.

the movie was shot in thailand, hence it’s hard to say whether or not his t-shirt came from over there, or if it was something that was brought over from their u.s. based crew.

i’m certainly going to do a little poking around and see if i can find out the answer.

no guarantees of course, but if i can find out, i’ll let you know.

UPDATE: Could it be this Scoop Neck T-Shirt? 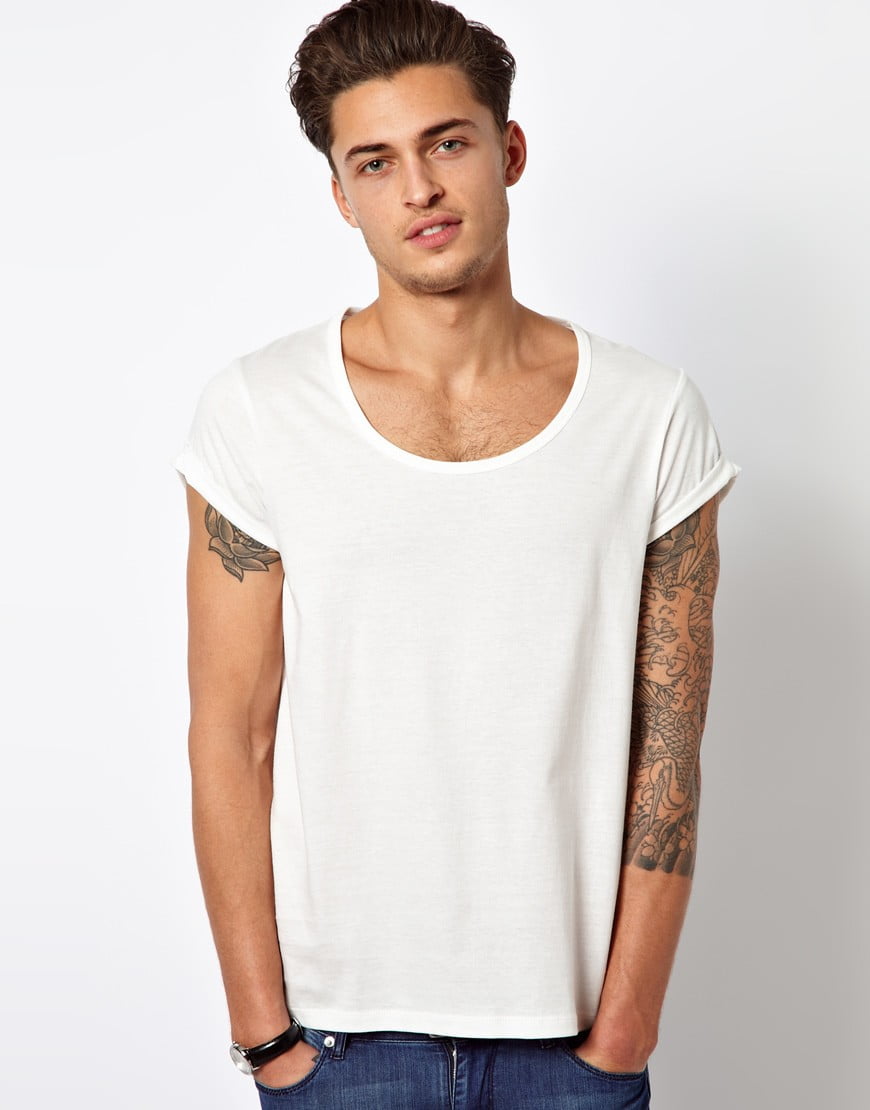 UPDATE #2: Could it be a Levi’s Vintage Clothing 1930s Bay Meadows Tee?

This just in from Jonny, the original reader who wrote in with the question.

It’s from Levi’s Vintage Clothing. A company which Gosling seems to be a fan of.

This is a strong possibility, as the timeline would make sense from when he was wearing other shirts from the company.

So, what are your thoughts? 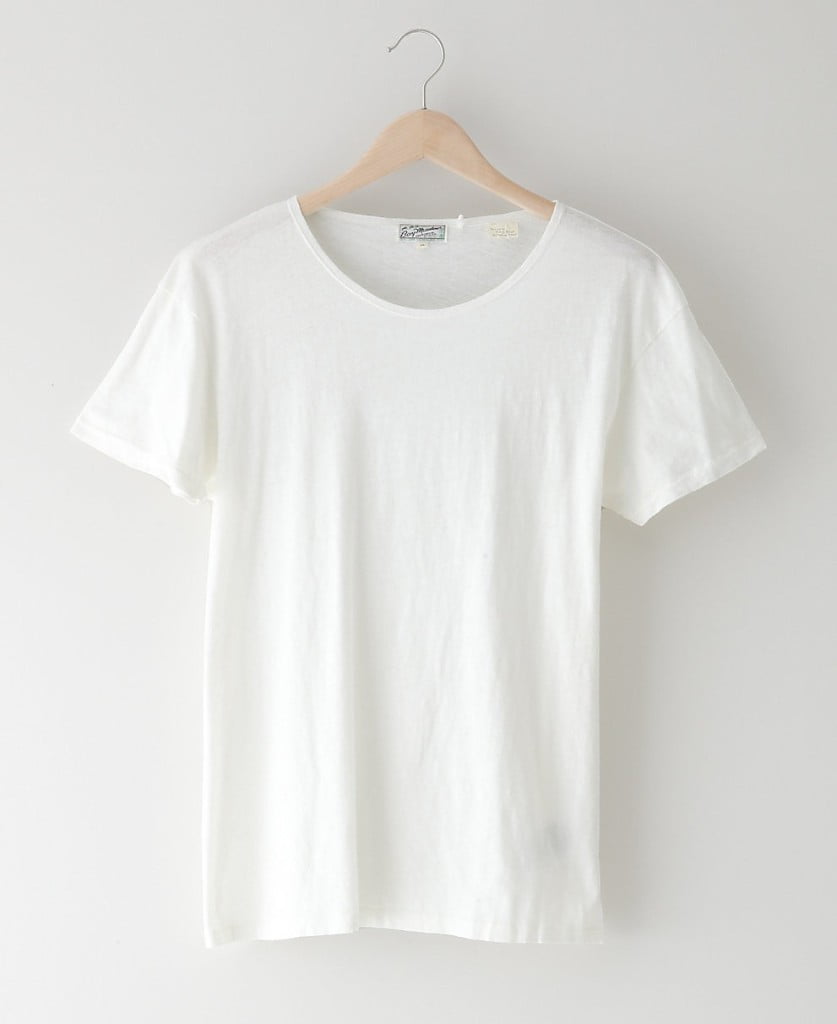 Just an update, I got the LVC t shirt. I’ve included a photo.

Not yet sure if it’s the correct one, but I have a feeling that it is.

Still, it’s one of the best t shirts I’ve ever owned.

I got it on sale at unionmadegoods.com.

Although you can’t really see them, the jeans in the photo are actually the correct ones from the movie – Altamont Wilshire in Stone Wash. :) 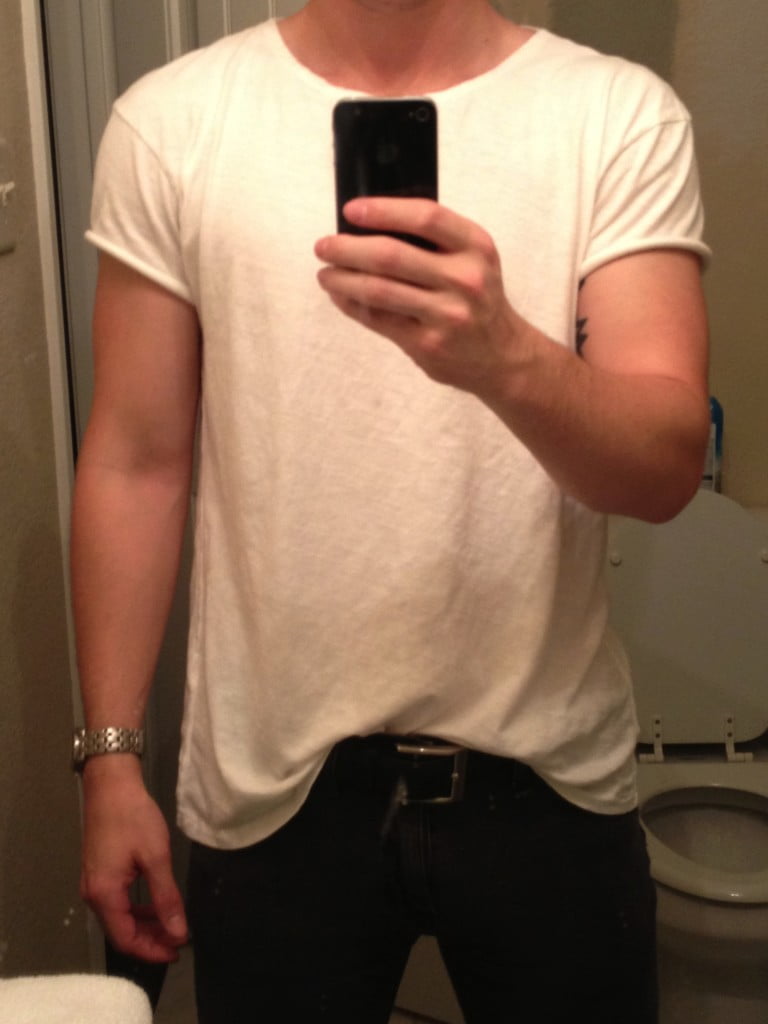 Do You Know What T-Shirt Ryan is Wearing?

If so, email me or tell me about it in the comments section below.

26 thoughts on “What White T-Shirt Was Ryan Gosling Wearing in Only God Forgives?”