I’m pretty stoked that people continue to send in questions about what specialized t-shirts actors are wearing in big blockbuster movies!

Here’s a question from a reader about the shirt Colin Farrell was wearing in Total Recall 2012:

I’m a new subscriber and love your site. This is a tough question that many people have asked, but nobody can seem to answer. See the second to last paragraph in this article:

Based on this article it’s possible the henley was overdyed. The henley also has a vertical stitch line all the way down the back.

Attached are some pictures from the movie.

If you don’t know who makes this exact one, do you know of any that are similar?

So What Henley Was Colin Farrell Actually Wearing?

I blasted out the question to a bunch of my connections in search of the answer, and I got the following response:

I reached out to some of the folks I know in the movie biz, and was able to connect with the costume designer (Sanja Milkovic) who worked on Total Recall 2012. 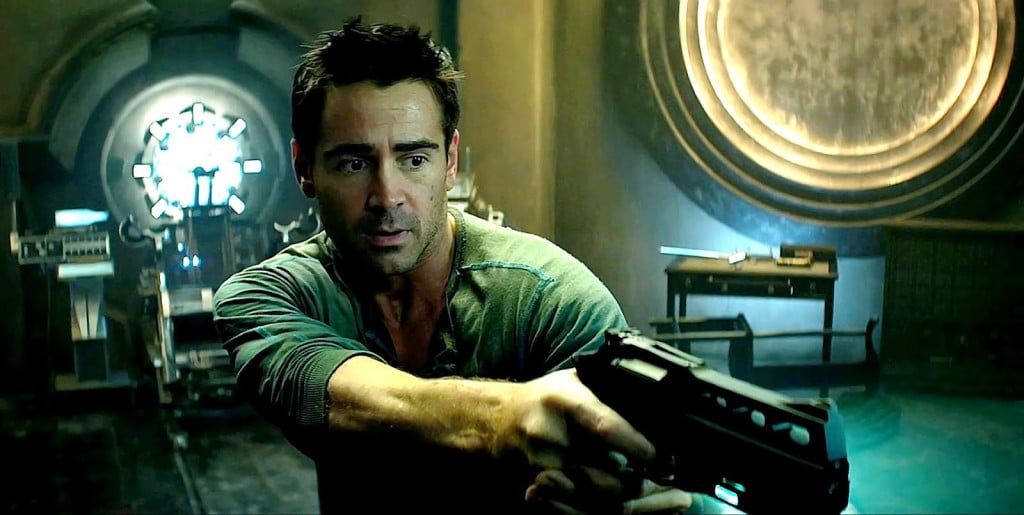 I had never heard of G-Star before, so I did some “googling” and found the G-Star company website.

I sent a message to G-Star’s customer support to see if the Henley (or Granddad) is still available, so if or when I hear back from them, I’ll update this post and let everyone know.

Just heard back from my reader

Big thanks! I am very familiar with the brand G-Star (Raw), but have never seen them offer this henley or anything like it. Most people in the blogs are talking about how Colin wore a G-Star Raw jacket in the movie called the Marker Overshirt (see attached).

Anyways, thanks again for your help! I will keep on hunting. You have a great site and I’m willing to bet you will start getting a lot of site traffic with the Colin Farrell question posted.

My apologies Tug. Your source was spot on! If you can ask your source about the boots (I know this is a little outside your area of expertise) and the black mid-length Trench Coat (see attached) I will mail you a six pack of beer! Seriously. :-)