Do you have a vintage-looking Woodstock t-shirt with an Anvil care label?

Curious if it’s authentic, or rather an original t-shirt?

Is this an original Woodstock t-shirt.

Or should I just “goodwill” it?

It was given to me by my brother-in-law who would have been in his late teens-early twenties at the time of Woodstock.

I don’t know that he ever attended though.

He is no longer alive, so I cannot ask him where he got it from or when. 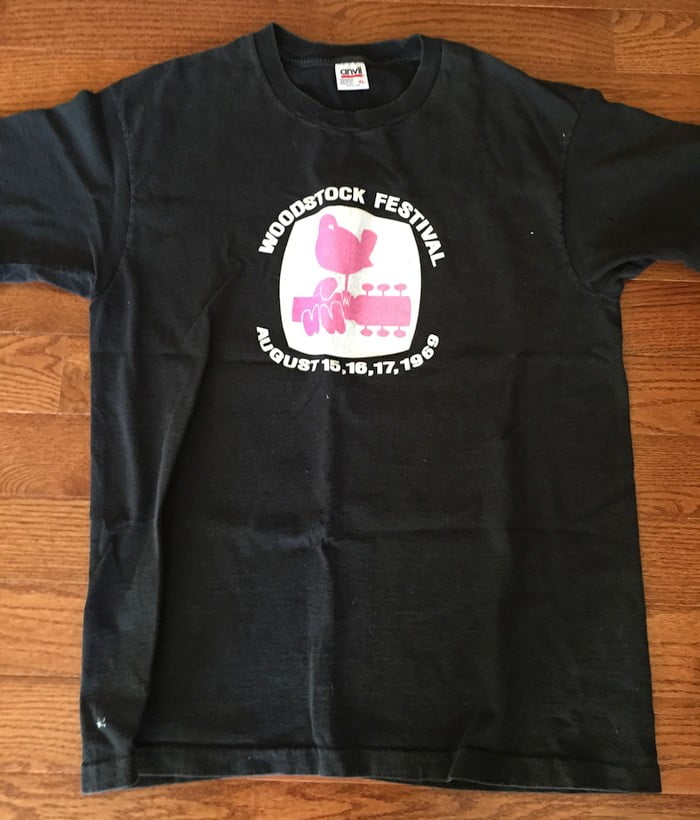 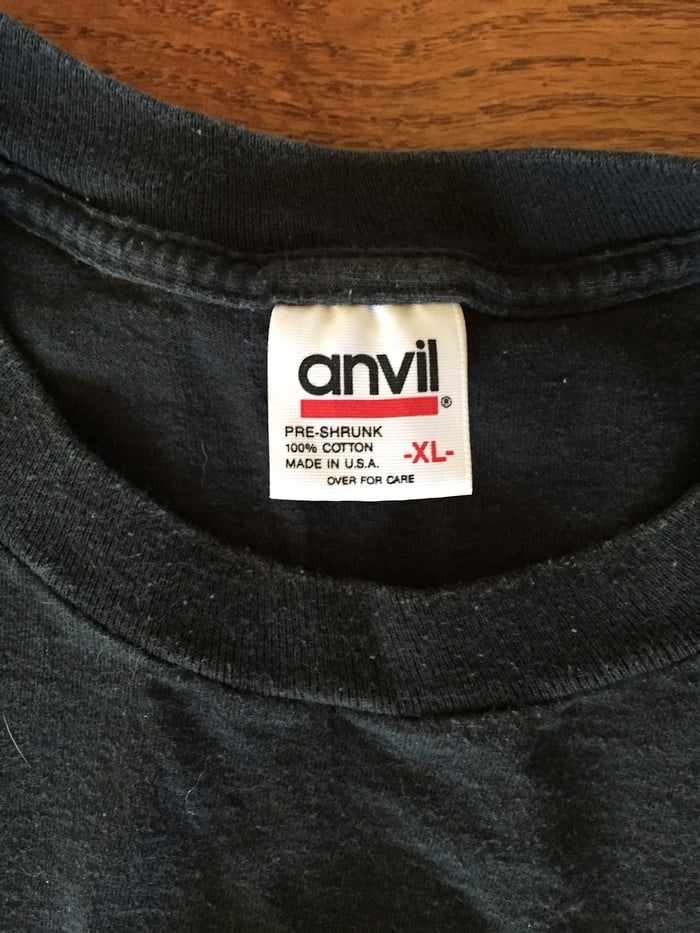 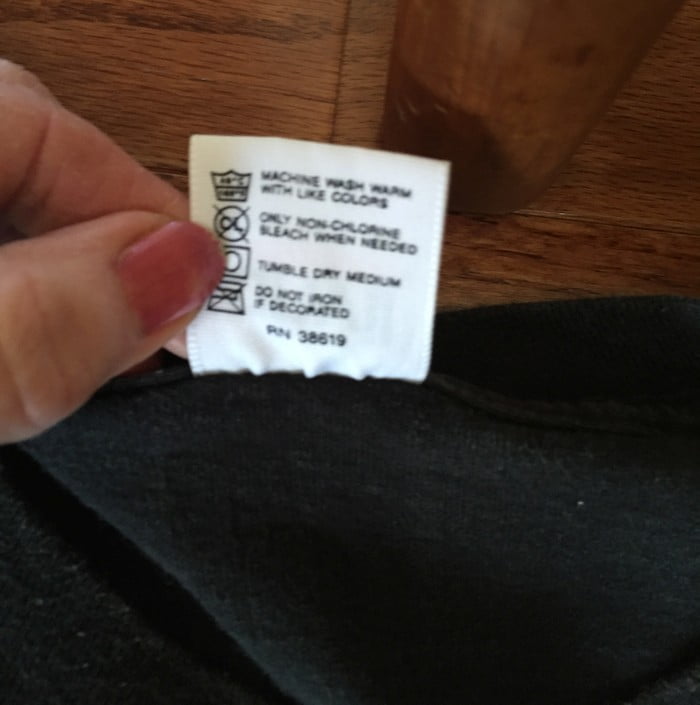 Good to hear from you and thanks for your question!

Only a small number of them were issued, and given to Woodstock staff only. You can learn more about that here in this article.

Those t-shirts were a different color, and the decoration was on the back, not the front of the t-shirt.

Of course, there were street vendors reportedly selling Woodstock t-shirts, but I don’t recall exactly if anyone has confirmed any specific design that those t-shirts had imprinted on them.

Per the information over at defunkd, the Anvil knitwear brand itself was not created until the late 70s.

Also, while the shirt itself is likely from the early 90’s, the printing looks new or very well preserved.

Meaning, it’s possible someone had some deadstock Anvil t-shirt blanks from the early 90’s, and then did printing on them at a later date.

So, the Anvil t-shirt itself is likely considered “vintage”, being over 20 years old.

But, it doesn’t have any notable value, unless someone is sentimental over old Anvil t-shirts (:

Hope the above information helps!