In doing a little research, it appears the company registered the Sleek FX trademark, along with several others, including InvisiGrip, Quick Draw, and EFG. Likewise, it registered two other trademarks related to “tailored stretch” and “stay tucked” technology around May of 2011.

All trademarks, however, broadly describe the products this way:

Therefore, it looks as though TJE is diversifying its scope of business with Sleek FX. Instead of just focusing on the original underwear line, it’s going after a wide array of clothing items,

Next, I did a little further digging. I found that Dana Fried from the Delphic Group has been a board member of TJE since it’s inception. In other words, it’s Dana who helped them get connected with overseas manufacturing and financing to help the brand grow.

Sleek FX undershirts are made with a 95% cotton, 5% spandex blend.

The product description contains words such as trim, soft, and very long. Priced at $16.99 for a 2-pack.

At this lower price point, TJE is looking to compete in a different price-range than it normally does. Considering the company’s original micromodal/lycra undershirts retail for around $36-$38, this range will hit lower price ranges.

It’ll be interesting to see how it all plays out at Target. In particular, whether or not a 95/5 product at that price point can last there.

As far as I could tell, the only other 95/5 product at Target except for Sleek FX was the Hanes ComfortFlex undershirts. They were priced at $13.99 for a 2-pack. Compared to TJEs, they come cheaper.

Furthermore, I did a little recon at several Target stores in the Los Angeles area over the last couple of days. First, I was unable to locate Sleek FX products.

Nonetheless, persistence pays off. In the end, I found them at Target Store a little further out (pictured above and below). 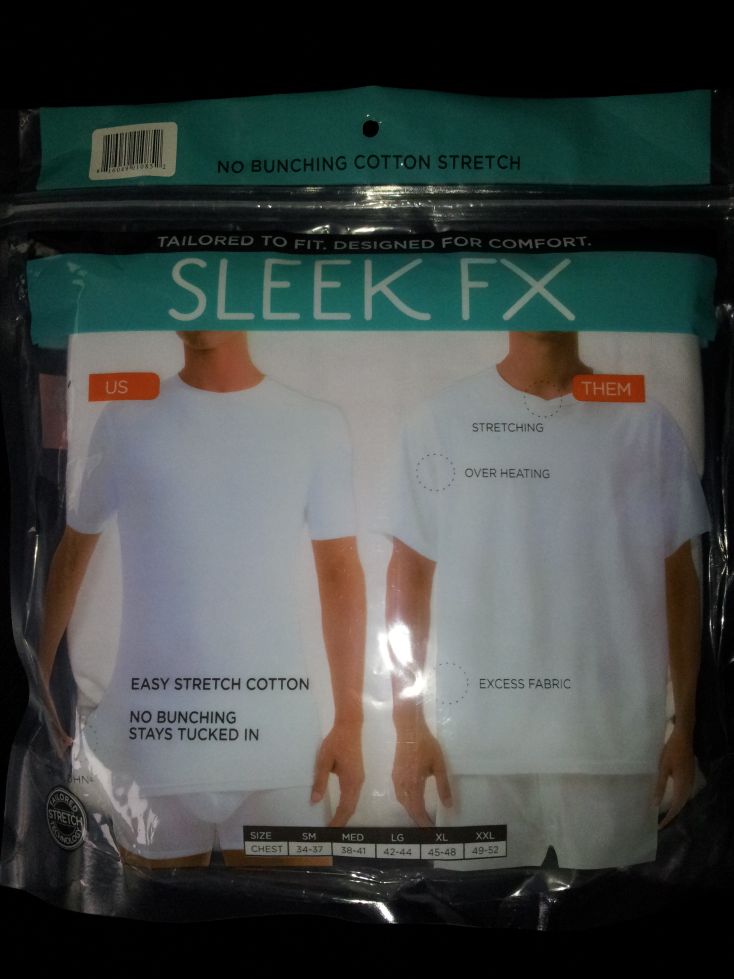 The items show the product website as www.SLEEKFXWEAR.com. However, as of this writing, there is no website at that URL, just a parked Godaddy.com page.

I’ll be wearing them soon. Keep an eye out for a product review before the end of the year.

Finally, here’s a map of the Target Stores where you can find Sleek FX: