Just last week I got word of two men’s boxer brief-related campaigns that launched on Kickstarter.

Comfortable Club got its start on Kickstarter back in mid 2015 when it launched their Premium Boxer Briefs campaign.

A little later in 2015, Comfortable Club launched a second campaign for it Bliss Undershirt, and raised nearly $220,000.

The two products were made from a stretch Modal blend fabric, and both products appeared to be well received by Comfortable Club customers.

We began developing an entirely new product lineup a little over a year ago.

At first, we thought we’d improve upon the amazing modal fabric you’ve all come to love.

But we decided to go a step further – a big step.

We discovered an incredible new textile. We dove head first into it (not literally) from the very first step in its creation.

We also chose to bring uncompromising sustainability to the table, and this has become our brand’s core principle.

And that meant rethinking every choice, right from the beginning.

Our new textile is engineered from sustainably-grown Austrian Eucalyptus wood, produced exclusively on forest plantations and farms that make use of land not suitable for growing food crops.

Our new manufacturers use revolutionary textile and fiber-creation methods, including a closed-loop process that recycles 100% of solvents used (compare this to the 50% on fabrics like bamboo).

We’re also avoiding the use of harmful metals like silver because its extraction and use is harmful to the environment – and it’s a short-lived fad anyway.

The new textile that Miguel speaks of is Lenzing’s TENCEL (Lyocell).

In simple terms, TENCEL is the big brother (or sister) of MicroModal/MicroModal AIR.

Some may call it an alternative versus a step up, but personally speaking I do prefer TENCEL over MicroModal.

For those unaware, TENCEL is not a new textile — it’s been around for years, and it’s used in other men’s underclothing products.

Miguel has brought the Bensly launch to Kickstarter (link), and has already raised nearly $65,000.

Bensly offers tons of different rewards with different discount levels starting at about 20% off retail. 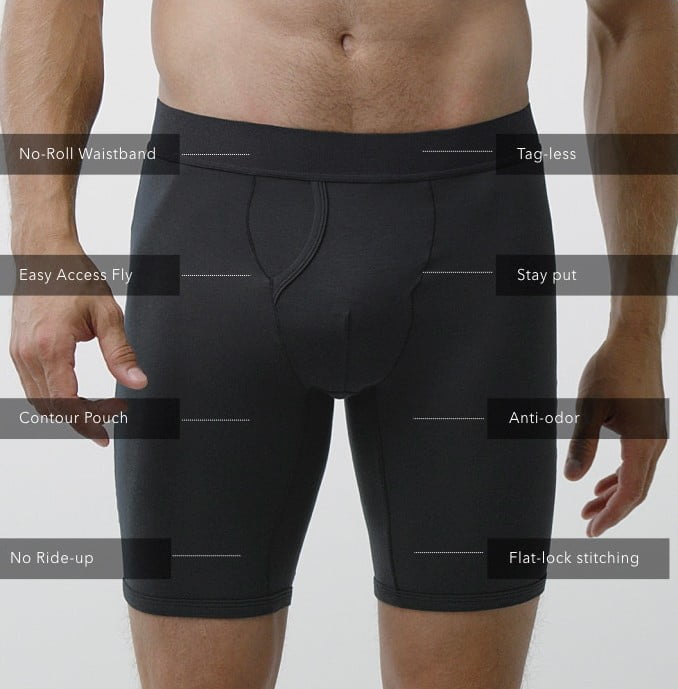 The team at Faraday’s has just launched a Kickstarter (link) for their EMR-Shielding Boxer Briefs.

As some of you know, we’ve been working day and night for the past​ six months developing a new one [boxer brief].

Our final prototype is rolling off the assembly line here in Oakland this week (Oh yea baby, Made in USA).

Now we can only share that it’s anti-stink, ​ protects from electromagnetic radiation, includes a legstick-prevention pouch, is made of materials softer and better on the environment than Cotton, and is priced below the competition.

We’d like to give away as many subscriptions as possible though because we’ll be incentivizing our first social media sharers​ and email forwarders​,​ plus making it fun too! 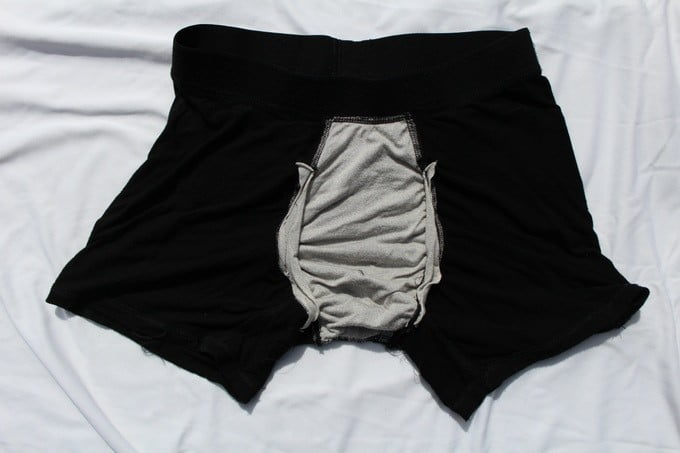