A few months back I ran across a pre-launch undershirt company, Mr. Davis Undershirts. This direct-to-consumer product company’s vision is to manufacture a better undershirt and set out to solve some of the bigger issues present in many of today’s undershirts.

Founder Jeremy Chrysler hated his undershirts. He was troubled with how they felt, fit, how they kept coming untucked, and how they showed through is outer shirts. He was so frustrated, he decided to create his own “perfect” undershirt.

Jeremy also felt that the way men currently buy undershirts is inefficient. So he’s looking to offer loyalty discounts, subscription offerings, and also offered up some additional insights about the consume-ability of undershirts:

The problem with many premium undershirts is that they are too expensive to be disposable on an annual basis. We think we have solved that problem with what is essentially a factory to consumer supply chain. 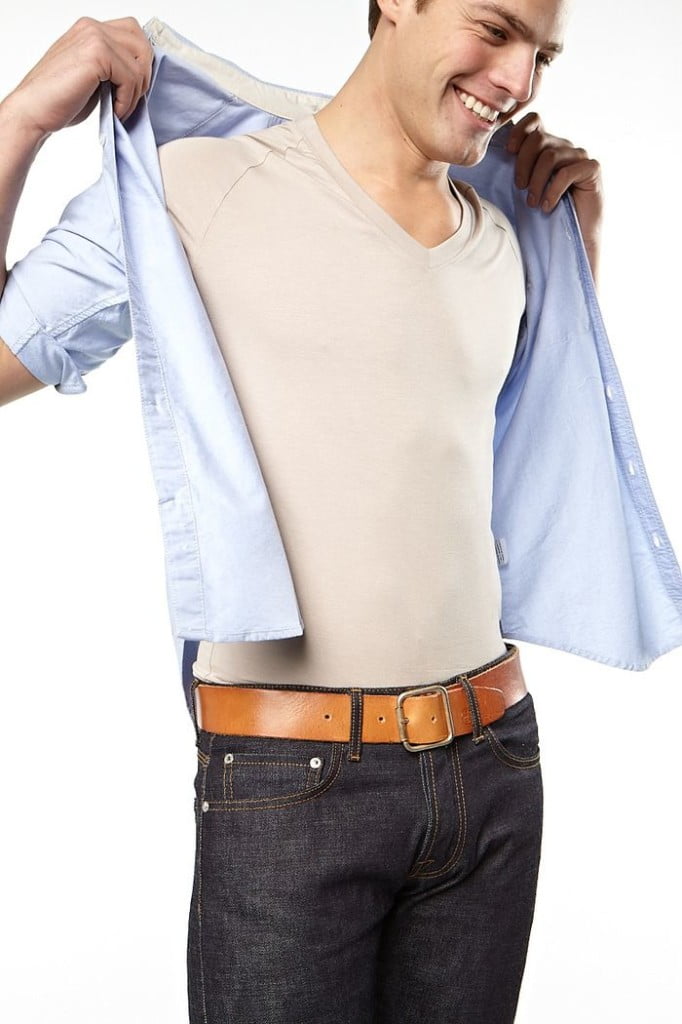 When I asked about the decision to use viscose over some other silky-like fabric blends such as MicroModal or Tencel, Jeremy provided the following explanation:

The shirts are 96% Viscose Bamboo and 4% spandex. The viscose bamboo is a lot like micromodal in hand feel because the manufacturing process is very similar.

We liked bamboo better for a number of reasons.

First, it takes stretch better than micromodal. We only need 4% spandex and our shirts have more stretch than a [other MicroModal/Spandex undershirt] shirt that has 10% of it.

This helps reduce the smell that spandex can sometimes take on because there’s less of it.

Bamboo is renewable and grows a lot faster than birch. We wouldn’t make an inferior product for just this reason, but it’s a good bonus from our perspective.

We could manufacture a [MicroModal] equivalent shirt for the roughly the same price as these shirts, so for us it’s really about optimizing the supply chain to deliver more value to the consumer.

Based on the Kickstarter campaign, the pricing looks like it’ll be around $20 per undershirt, which is well under most of the current MicroModal/Spandex or Tencel/Spandex undershirt offerings.

I got the chance to try out one of Jeremy’s early prototypes, and here’s a snippet of the feedback I sent Jeremy:

So, I’ve got the shirt and I have to say, it’s a pretty nice undershirt.

The weight and feel of the shirt is pretty near perfect and it’s easily as nice, if not nicer feeling on the skin than the micromodal/spandex undershirts I’ve tried.

It’s cool on the skin and in the current 63 degree weather, I barely notice i’m wearing the undershirt.

I would need to wear it in warmer weather to properly compare.

Although it was an early prototype, and Jeremy is continuing to tweak the design until he’s fully satisfied,  I think he’s on to something pretty good here.

So the Mr Davis: The World’s Best Undershirt Kickstarter campaign just got underway and their off to a good start. So far, they’ve got 39 backers, totaling $2,780 of the $10,00 goal!