On a recent undershirt recon mission, I traveled to the Greater Los Angeles area and visited Target, JCPenney, Old Navy, and Macy’s.

Normally, I’m pretty excited about going to Macy’s because the shopping experience is generally pretty good, but during this visit, I have to say, I was pretty appalled.

I wandered through Macy’s Men’s Basics department in total disbelief as I came upon disorganized shelves, open packages scattered everywhere, underwear boxes on the floor, and even underwear and undershirts themselves laying on the ground. I even tried to actually look at the selections to see if they had anything new, but the department was so disorganized, I left feeling anxious and disappointed instead.

The pictures below will give you a small sense of what I saw. Come on Macy’s, get your shit together.  Do you think your undershirt and underwear brand partners want customers to have that kind of experience? I bet not.

Yes, this was only one store, but there has to be a General or Regional Manager responsible for this department and if they are letting things go in this store, what about the other stores in their oversee area?

As I was leaving Macy’s it got me thinking: As of late, My experience shopping online is SO MUCH BETTER than in physical retail.

Forget the fact that the Macy’s I visited was a hot mess because that is separate and can be resolved with a little ass-kicking. But, even after I visited JCP, Old Navy, and Target, whose Basics/Underwear departments were all well maintained (JCP and Old Navy being the cleanest), I still left feeling unsatisfied about my shopping experience.

I’ll share more in a separate article about what I think the problem is with Retail Shopping, as it pertains to Men’s Basics.

For now, I’ll leave you with some photos. 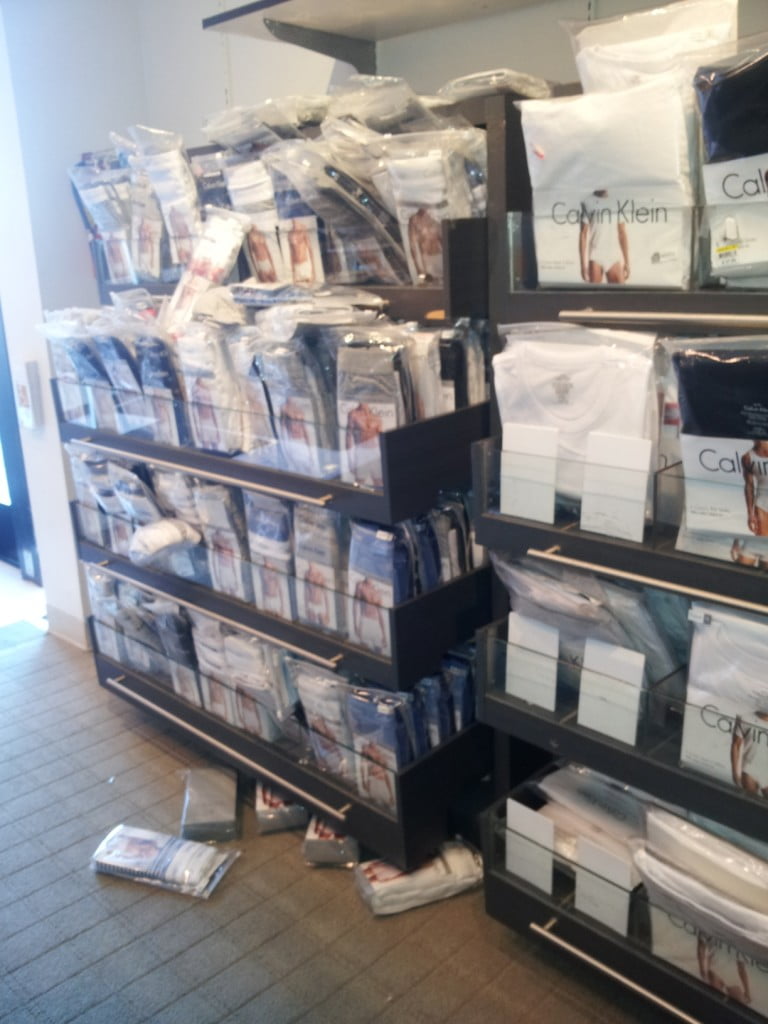 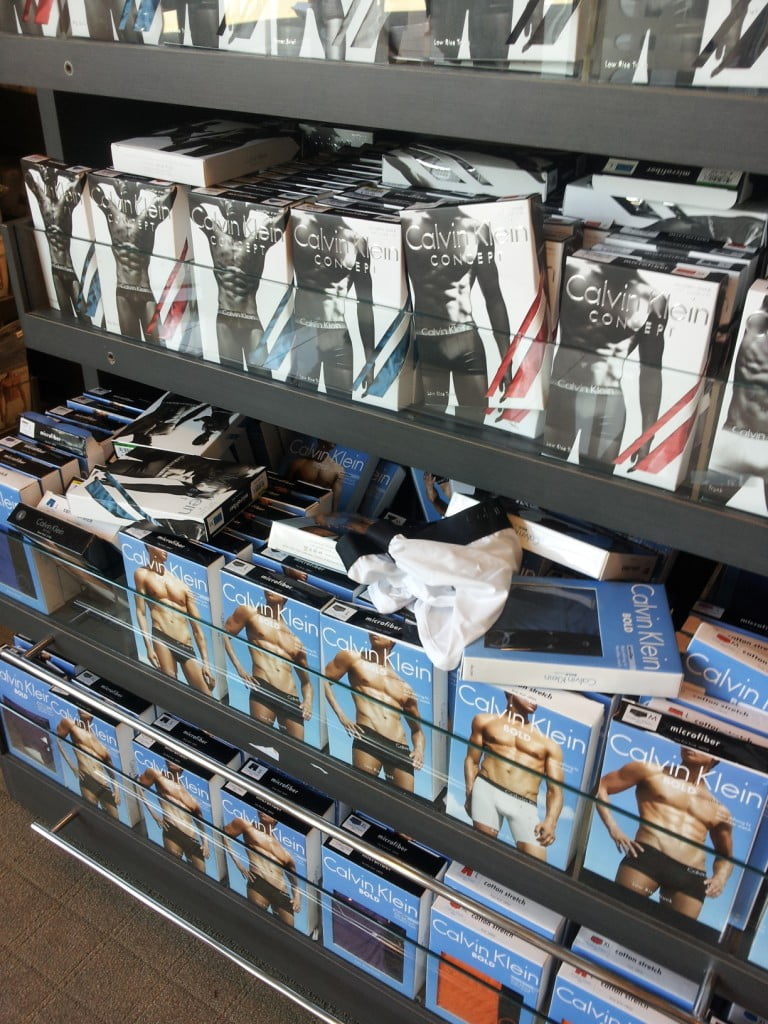 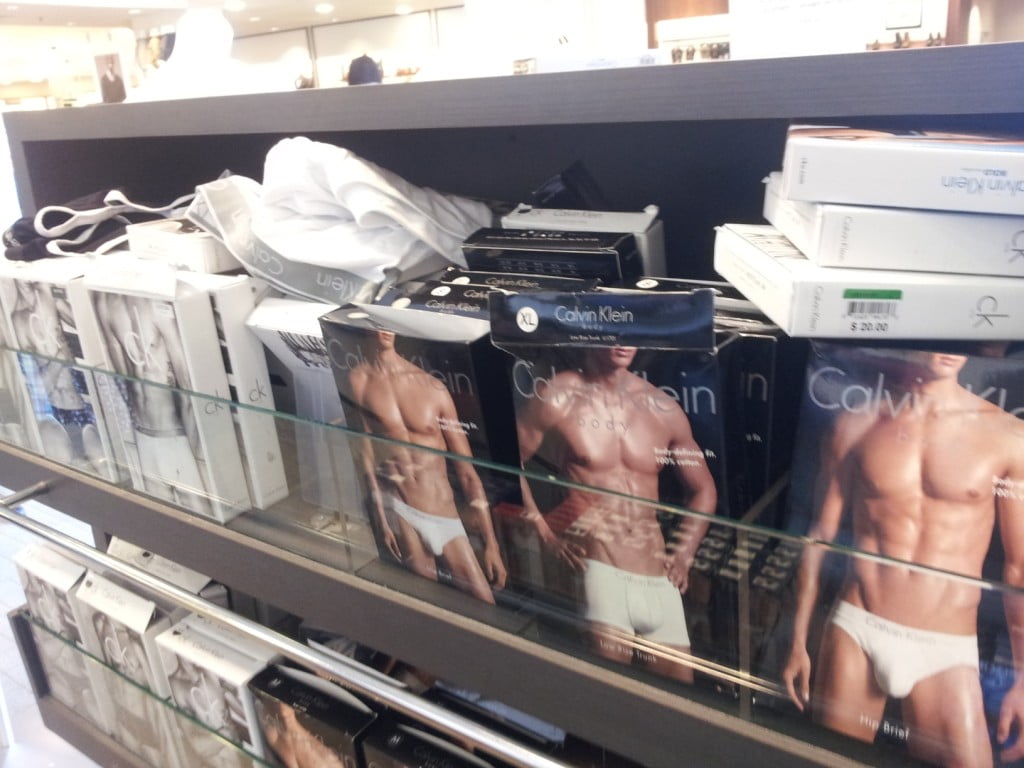 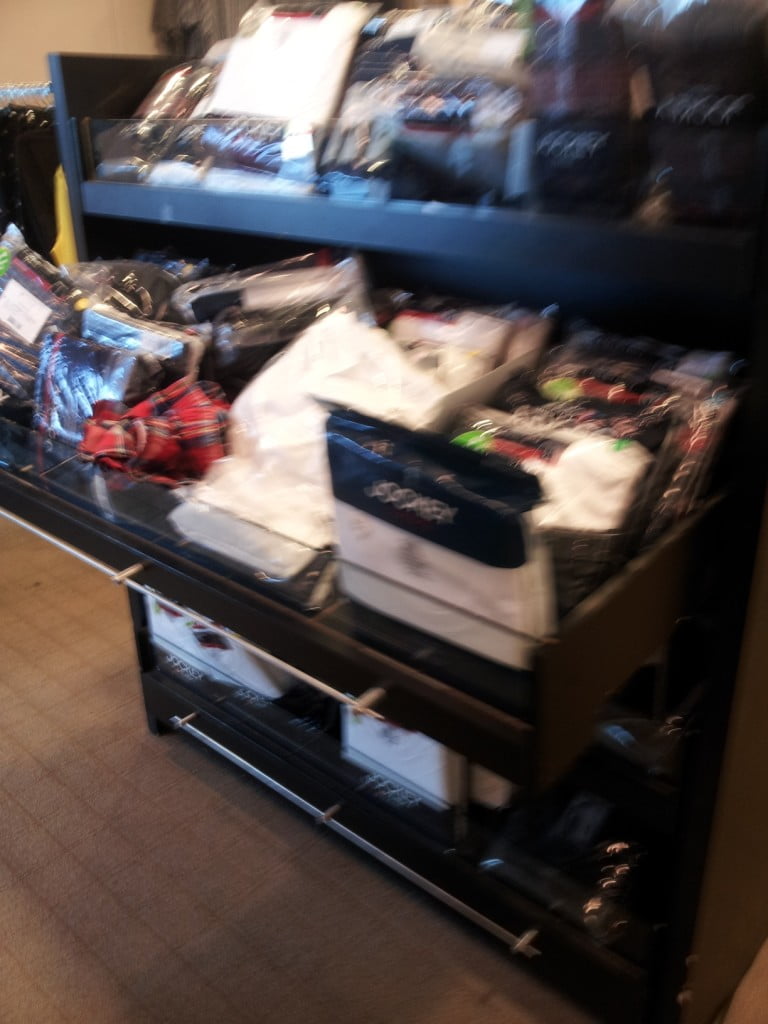 3 thoughts on “Disarray At Macy’s. A Mess in Mens Basics”