Well, now that I’ve had my new Jockey staycool undershirts in my possession for the last week, I’ve had a chance to try them out a few times.

Since I’ve been getting a bunch of visitors looking for a review, I thought it would be a good time to share some initial feedback of these Outlast-infused undershirts.

For those looking for some background on the product, check out the following article first:

The new staycool collection from Jockey is available for both men and women.

Although I normally wear medium sized undershirts, I like my undershirts to fit close to the body (without feeling too tight).  Since the Jockey staycool undershirts aren’t very trim fitting and their sleeves are on the longer side, I asked for a size small this time.

That was a good call, because the small staycool fit pretty nicely. If you like your undershirts close-fitting like me, size down one. 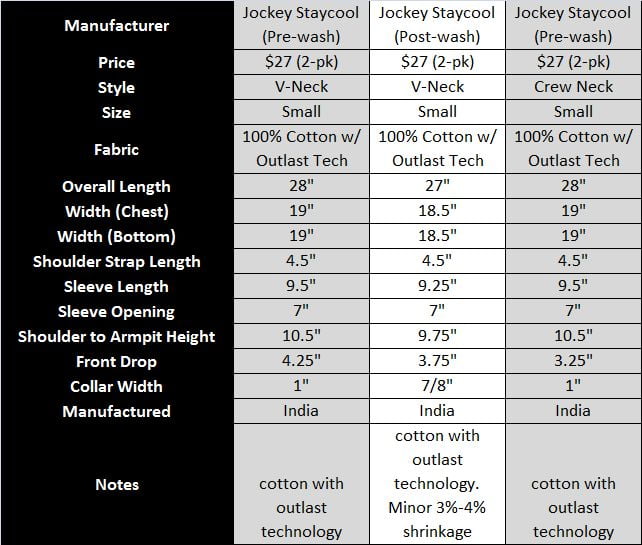 The Not So Good