Although off topic a bit, I’ve gotten many emails from folks wondering what car Michael Jordan was driving in the new Hanes Undershirt Lay Flat Collar commercial with Charlie Sheen.

I originally thought I found the answer in this article:

The first spot has Sheen leaving a hotel and tipping the bellboy.

When he sees Jordan pulling out in a Maserati Spyder he strolls over to Jordan’s car. 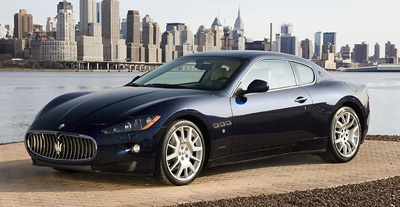 “Hey, M.J. The Hanes man himself!” says Sheen, as Jordan tries to be affable while fending off Sheen’s handshake.

“Speaking of which,” continues Sheen, “my agent turned me on to these shirts. The collar doesn’t stretch out. You should look into it!”

Jordan Is Driving An Aston Martin

Confirmed by another reader — it’s an Aston Martin DB9!

I’ve been seeing this Hanes undershirt commercial again recently and of course a bunch of people seeing it for the first time are wondering what kind of car is.

Well, I decided to use Mrs. Tug’s Cannon PowerShot SD880 IS digial camera to video record the commercial so we could get a closer look.

Hanes might not like it that I uploaded the commercial to YT so I could embed it here, but hell, if it generates a bunch of Aston Martin DB9 sales, maybe they won’t really care.

Mrs. Tug also found a great picture of the 2009 Aston Martin DB9 that is in a mirror opposite position as the car in the commercial where you can easily see the cars are an exact match! 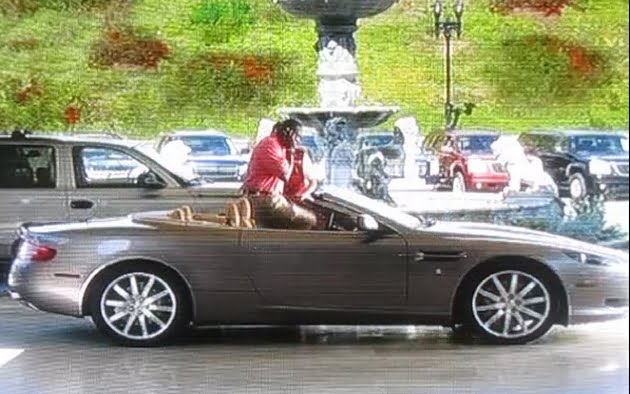 01/07/2010 – If you haven’t already heard or seen, Hanes pulled the ComfortSoft ads that feature Charlie Sheen (with Jordan) after his Christmas Day arrest.

12 thoughts on “Hanes Commercial: What Car is Michael Jordan Driving?”