There are class action lawsuits against makers of Speed Stick, Dove & Degree. Allegations are that they lied to consumers about stain-preventing deodorant & antiperspirant technology.

The brand’s “StainGuard” line is reportedly advertised as being able to fight yellow stains and white marks in addition to providing odor and wetness protection.

In an interesting turn of events, several manufacturers of pit-stain fighting antiperspirants and deodorants just may have lied to consumers.

Sources at the Ring of Fire state that there are class action lawsuits claiming that the deodorant brands misled consumers. 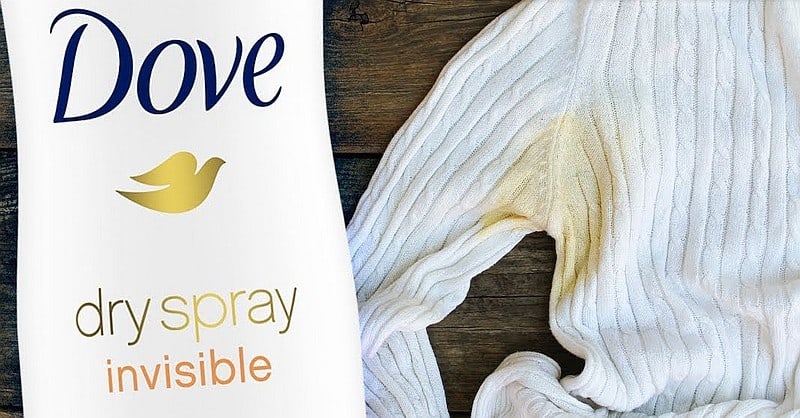 These antiperspirant makers attempted to convince consumers that their products wouldn’t stain their shirts.

They charged a premium for these pit-stain fighting products, however they didn’t deliver on their promise.

Consumers believed that they could forego wearing an undershirt, something that would actually protect their shirt from antiperspirant stains.

So they not only paid a premium for the purported stain-blocking antiperspirant, they also lost more money by damaging shirts that otherwise could have been saved.

If you have pit-stains shirts on your shirts, don’t worry.

There is a way to clean and remove the yellow or brown stains from your shirts.

Check out my Do It Yourself Deodorant Stain Remover article for information on how to create your own at-home pit-stain remover solution.

I’m kinda glad that Nivea isn’t part of this lawsuit. If you read this article, you’ll know what I mean.