It is also a very personal one as well.

Tensions can run high when you’re too hot, or too cold, and staying thermally comfortable becomes essential in either case.

I’ve written about several cooling & heating products over the years.

Many have been clothing related, but some of the more recent products have been in the themoelectric wearable device space.

In short, a thermoelectric (peltier) wearable is a small solid-state device that has the ability to discharge cooling and/or heating properties.

Two new products in the thermoelectric wearable space are:

I first wrote about Wristify back in mid 2015.

The team at EMBR Labs have been hard at work for the last couple of years, and they’ve just announced that they are launching their Kickstarter on Wednesday, 9/27 @ 10am Eastern Time.

In fact, they just wrapped their first Facebook Live video, where they spent an hour sharing information about EMBR Wave, and answered a bunch of user questions (see FB video comments). 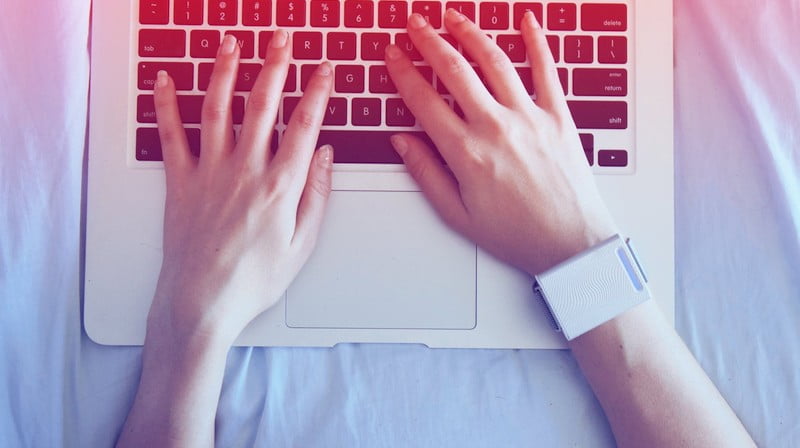 One important point the Embr guys made was that they could not make any medical claims on whether or not the cooling-heating wristband could help with situations like hyperhidrosis, menopause, hot flashes, multiple sclerosis (MS), heat exhaustion, etc.

This was an interesting question:

Bill Daniel · 21:40 Since the head is more sensitive to temperature, heat loss, etc, have you considered a head band, maybe built into a sweat band?

Similar in concept to Embr Wave, the Aircon Watch provides both cooling and heating sensation.

Here’s a blurb from their Kickstarter:

The secret is in the straps, it contains a small device that has within it our ClimaCon technology.

This tiny device will fit on the inner wrist in an area where the nerves are closer to the skin surface so as to allow for maximum transfer of temperature.

The watch can be used during any temperature, any season or any time zone.

The wristband creates pulses of heat and cold that come in intervals of 15 seconds on and 15 seconds off. 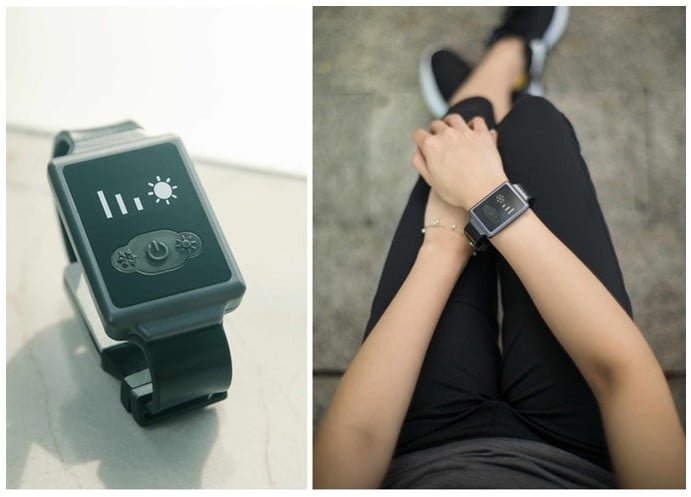 In one of the videos, the product demonstrator did say that the Aircon Watch would help with night sweats, menopause, & hot flashes.

Since Embr Wave & Aircon Watch are both thermoelectric devices, I’m not quite clear why the folks at Aircon would make some semi-medical claims, and Embr would not.

Maybe since Aircon Watch is based in Hong Kong, their rules & regulations related to making medical claims is less stringent than here in the U.S.

Look forward to seeing how these Kickstarter campaigns progress.