For those not pleased about the incoming Administration, you may want to make a statement by supporting this Kickstarter:

We are two entrepreneurs who designed a pair of underwear for liberal causes.

It allows one to protest the incoming administration in the most daring way possible.

The underwear features a buffoon yelling into the abyss, holding a megaphone in his teeny-tiny hands.

About Undies for Humanity

Matthew Paish and Sarbjit Gill, both 24, are Vancouver entrepreneurs who enjoy inappropriate humour and dislike injustice.

For the last two years they have been researching and developing an underwear business.

When the shocking news sank in that Mr. Trump was elected, they found a way to take a stance with their form of art and thoughtfully designed a pair that provides much-needed solace.

If you have any questions, please don’t hesitate to let me know.

Look forward to hearing from you and have a wonderful day! 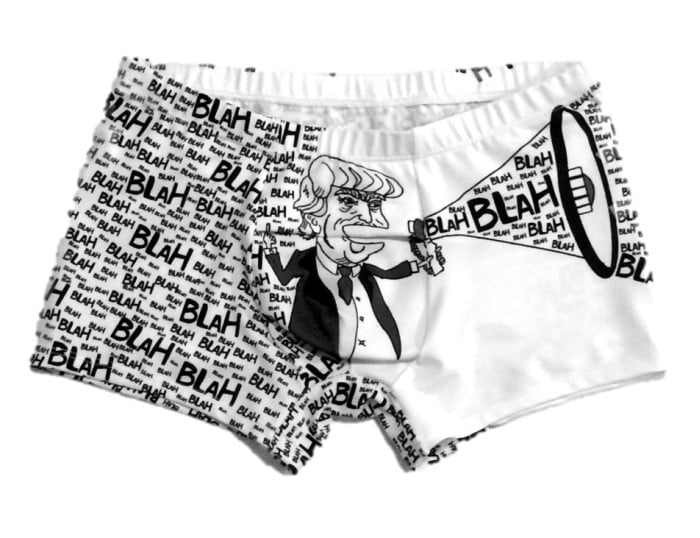 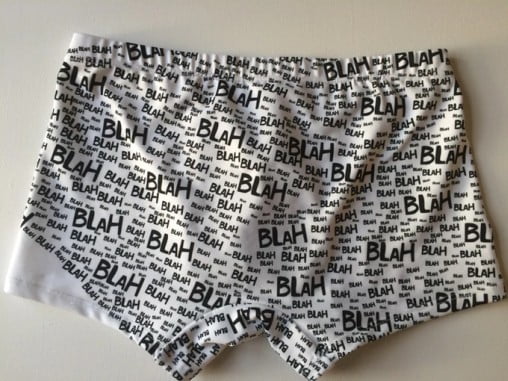